The Burners are a group of rebel teenagers comprised by Mike Chilton, Chuck, Julie Kane, Dutch Gordy and Texas, who vowed to restore of the city of Motorcity, now reconstructed and renamed as Detroit Deluxe ruled by Abraham Kane, to its former glory. The organization appears as the main heroic faction in the Disney television series Motorcity. The Burners are confirmed to appear in the second Heroes vs. Villains War. 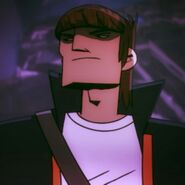 Mike Chilton (Founder and Leader of the Burners) 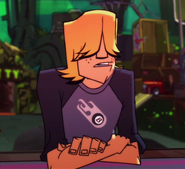 Chuck (Intellectual of the Burners)

Dutch Gordy (Mechanic of the Burners)

Texas (Enforcer of the Burners)
Add a photo to this gallery
Retrieved from "https://villainstournament.fandom.com/wiki/The_Burners?oldid=107155"
Community content is available under CC-BY-SA unless otherwise noted.