Team Rocket is a recurring villainous team in the Pokemon franchise. Based in the countries of Kanto and Johto, their schemes using involve stealing or capturing rare Pokemon to either sell or research, as a means to reach their goal of world domination. The organization has played a supporting role in several tournaments.

Having found a large thing of treasure, Abis Mal is about to take it back with him when Team Rocket arrives, wanting to take the treasure back to their boss for a promotion, and shortly after, a fight breaks out.

Team Rocket in the anime 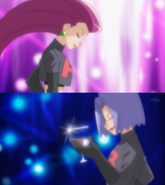 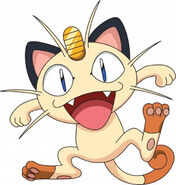