Start a Wiki
The Space Crew of John Silver is the pirate group of the space captain, John Silver. Featured as the tertiary antagonists of the Disney's 2002 animated feature film, Treasure Planet, the Space Crew usually joins the alliance of the galactic overlord, Zurg, following by their captain, who also becomes one of Zurg's newest additions, regarding the villains tournaments. Though, During the events of Disney Heroes vs. Villains and Heroes vs. Villains, John Silver isolates himself from the villainous group later on, though, the pirate crew, including the murderous assassin, Scroop. is still loyal to Zurg's faction. 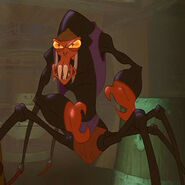 Scroop (Top Murderous Assassin, in the assistance of John Silver) 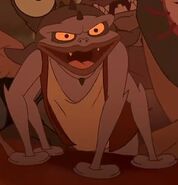 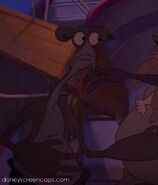 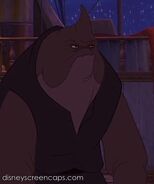 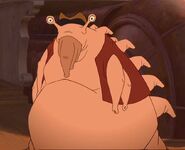 Zoff
Add a photo to this gallery
Retrieved from "https://villainstournament.fandom.com/wiki/Space_Crew_of_John_Silver?oldid=113951"
Community content is available under CC-BY-SA unless otherwise noted.