Disney Versus Non-Disney Villains Wiki
Register
Don't have an account?
Sign In
Advertisement
in: Characters, Heroes, Non-Disney Heroes,
and 29 more

Sonic is the main protagonist of the Sonic the Hedgehog video game series. A free-spirited and cocky hedgehog who can run at the speed of sound, he often opposes and foils the schemes of his arch-nemesis, Dr. Eggman.

He has appeared in Non-Disney Villains Tournament and will appear in Worst Heroes and Villains War Ever.

During the events of the tournament, Sonic falls to one of the many antics of Dr. Eggman. The villain uses his latest technology weapon to turn Sonic into an evil robot, redubbing him as Metal Sonic. For more information about the character's later actions, see here.

Free For All Heroes Vs Villains War Tournament

After sonic had a nap he wakes up to see tai lung saying bad things about him and his friends but sonic wont let talk about his friends like that will sonic over power him?

Against a bunch of children

Father assigned a job for his 5 kids and that was to destroy Sonic the hedgehog they don't think they had the time to fight an animal but they do it any ways,during the fight Sonic was out smarting them they had to go for their last resort.

Vs The Black Hat Organization

In the city of Atreno, A group of villains known as the Black Hat organization are looking for a hero that has be foiling their plans, But meanwhile the blue blur Sonic who has escaped the Delightful Children from down the lane looks to find a place to rest, but Dr Flug spots him.After seeing Sonic on the surveillance, Black Hat the size that his team has to go out and kill the blue Hedgehog before he could cause any more trouble, meanwhile Sonic was about to rest until he sees the house of Black Hat and decides to explore there, the black hat organization attacks but they soon realize this Hedgehog is too fast. 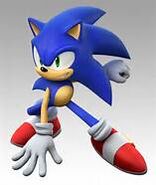 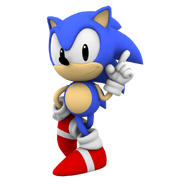 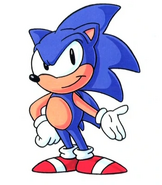 Sonic transformed into Metal Sonic in the Villains Wars.