Princess Zelda is the ruler of Hyrule and the bearer of the Triforce of Wisdom. She has made several appearances in The Legend of Zelda series, as well as the Super Smash Bros. series.

Being one of the maidens with a heart of pure light, she is one of the Princesses of Heart. She may play a significant role in Animated vs. Video Game Villains War upon her rescue. 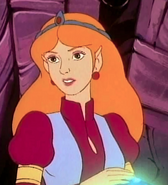 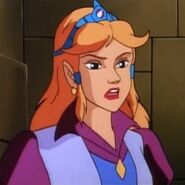