The Hyperforce is the eponymous organization in the television series Super Robot Monkey Team Hyperforce Go!. The man heroic faction of the series, it is comprised by the human Chiro and the primates Antauri, Nova, Otto, Gibson, and Sparx. The Hyperforce is known for clashing with the twisted Skeleton King and his Formless Minions on multiple occasions. It also appears in the second Disney Heroes vs. Villains and Heroes vs. Villains as one of the prominent heroic factions. 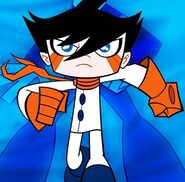 Chiro (Leader of the Hyperforce) 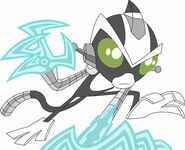 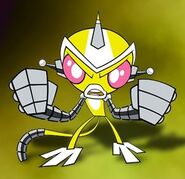 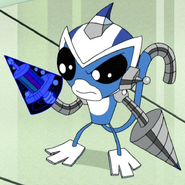 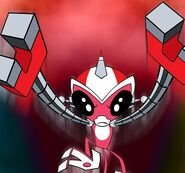 Sparx (Aide of the team)
Add a photo to this gallery
Retrieved from "https://villainstournament.fandom.com/wiki/Hyperforce?oldid=94604"
Community content is available under CC-BY-SA unless otherwise noted.