The Gods of Olympus, better known as the Olympian Gods, are the ruling deities of Mount Olympus, led by Zeus, who frequently come into conflict with Hades. Despite their divine nature, they appear in only minor roles in Disney Heroes vs Villains, with Hercules doing most of the leg-work.

The Gods of Olympus: 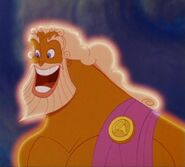 Zeus (King of the Gods)

Poseidon (Brother of Zeus, God of the Seas)

Hades (Brother of Zeus, God of the Underworld) 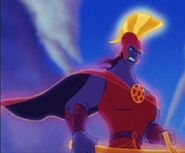 Apollo (God of the Sun) 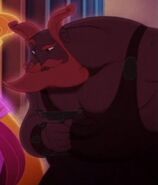 Aphrodite (Goddess of Beauty and Love)

Artemis (Goddess of the Forests) 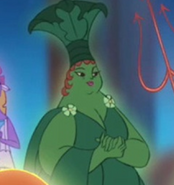 Morpheus (God of Sleep)
Add a photo to this gallery

Nemesis (Demigoddess of Vengeance)
Add a photo to this gallery
Retrieved from "https://villainstournament.fandom.com/wiki/Gods_of_Olympus_(Disney)?oldid=123062"
Community content is available under CC-BY-SA unless otherwise noted.