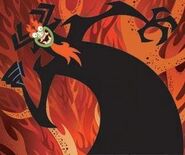 Aku (The villain of the series, Samurai Jack, Aku is considered, as the powerfull force of the Demons, sharing the trait, with the Tengu Shredder)

Wuya (The villainess of the television series, Xiaolin Showdown, Wuya is the least powerfull demon of the faction, making her a somewhat vulnerable player, to the other demons)

Shendu (The villain of the television series, Jackie Chan Adventures, Shendu is the first demon to be killed, during the war, thus he does not play a major role in it)

The Tengu Shredder (A villain of the 2003 television series, Teenage Mutant Ninja Turtles. A powerfull demon and the original incarnation of the Shredder in the TMNT Universe)
Add a photo to this gallery

Heylin (Team under Leadership of Wuya) 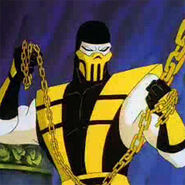 Drago (Son of Shendu and Apprentice of the Demons)

The Foot Mystics (Apprentices of the Tengu Shredder) 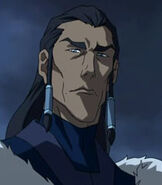 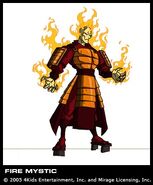 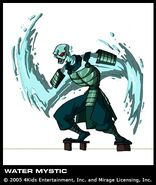 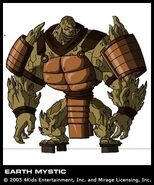 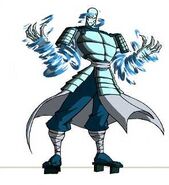 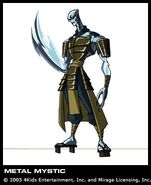 Metal Mystic
Add a photo to this gallery

The Demon Sorcerers (Though, not being part of the Demons' alliance, Shendu and Drago, two demon sorcerers take, the respective role in the demon)
Add a photo to this gallery
Retrieved from "https://villainstournament.fandom.com/wiki/Four_Eastern_Demons?oldid=116674"
Community content is available under CC-BY-SA unless otherwise noted.