Corruptors of Magic are an evil faction, composed of several villains from Spyro the Dragon franchise. Their intention is to take over Dragon Realms, Avalar and Forgotten Realms in order to truly rule over the World of Dragons. They appear in Worst Hero And Villain War Ever, where they're affiliated with Gleeman Vox and Razorbeard.

Ripto, Leader of the Faction 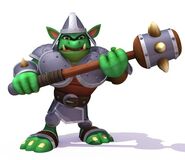 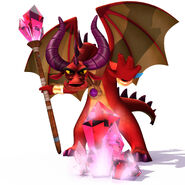 Red The Dragon
Add a photo to this gallery 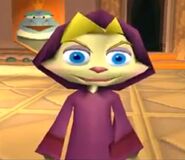 The Bunny Monster
Add a photo to this gallery
Retrieved from "https://villainstournament.fandom.com/wiki/Corruptors_of_Magic?oldid=116658"
Community content is available under CC-BY-SA unless otherwise noted.