Avatars of Malmoth are four beings from different times of human history who seek to represent dark lord Malmoth's demand for chaos, misery and destruction. Once the four beings enter the same time period, it allows Malmoth to start the Ragnarok. They play a major role in the story of Worst Hero And Villain War Ever.

The Avatars are all mortals that Malmoth had interacted with through the history of humanity. Malmoth learned from The Gatekeeper that if he could bring all the Avatars together, it would bring on the Ragnarok.

Arch Druid first tells Voodoo Lady about the Avatars, and Malmoth's plan to bring them together. Hearing about them makes Voodoo Lady drop her usual calm nature, and hope for the best.

Gargarensis the Cyclops, the Avatar of Ancient Greek

Malcolm the Jester, the Avatar of Medieval Times

Gargoyle the Atlantean, the Avatar of the 1890's 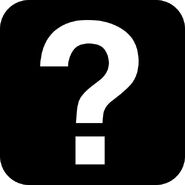 Unknown Present Avatar
Add a photo to this gallery
Retrieved from "https://villainstournament.fandom.com/wiki/Avatars_of_Malmoth?oldid=101976"
Community content is available under CC-BY-SA unless otherwise noted.